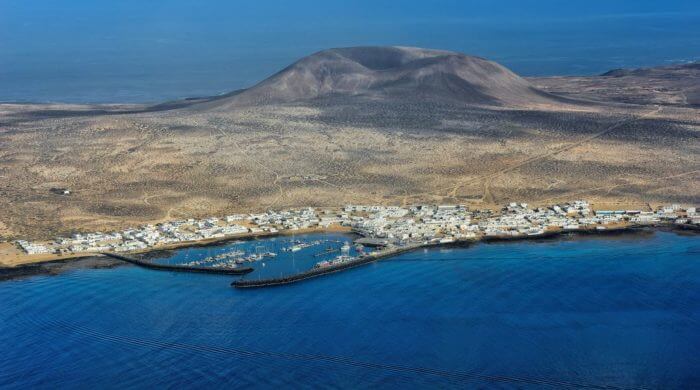 An Oil spill oil slick threatens the Canary Islands and continues to swim towards the coasts. The reason is a fishing vessel that sank two weeks ago, which came from Russia. Although all people on board could be rescued, more than 1400 tons of fuel leaked from the ship. At first, this didn’t seem to pose much of a threat, as the oil drifted out to sea. But now the wind has shifted and the oil is now drifting towards the coasts of the Canary Islands.

The Russian ship sank just 25 km off the coast of Gran Canaria. From there, the oil then spread out to sea and is now threatening the coasts of the islands of Tenerife and La Gomera in particular. Helicopters and special aircraft are now continuously deployed to keep a close eye on where the oil is drifting. After one seems to have here luck, because in direct proximity of the coast so far no oil was seen.

Who Is To Blame?

The ship named “Oleg Naydenov” was already in the port of Las Palmas on the Canary Island of Gran Canaria when it suddenly started to burn there. But because the bosses of the port there were afraid that the fuel of the ship would explode, the ship was simply towed to the open sea. 25 km from the tourist resort Maspalomas the ship sank and is now lying on the bottom of the sea at a depth of about 2400 meters. But the strong current has ensured that all the fuel has been washed out and is now just floating on the sea. Perhaps it would have been better to save the ship in the harbor. Now ships have to try to suck the oil out of the sea with a special vacuum cleaner and prevent there from being big pollution.

In an Oil spill, in most cases, the spilled oil initially floats on the surface of the water and covers the water like a carpet. This oil can spread very quickly and threaten the environment very much.

The Canary Islands are a group of islands that belong to Spain but are located in the eastern Central Atlantic, about 100 to 500 kilometers west of the Moroccan coast of Africa. This archipelago includes the islands of Gran Canaria, Tenerife, Fuerteventura, Lanzarote, La Palma, La Gomera and El Hierro. Among us Germans, the Canary Islands are a very popular vacation destination.

Maspalomas is one of the most famous resorts on the Canary Islands and is located in the south of Gran Canaria. The place is known mainly for its sand dunes, which spread over a length of six and a width of one to two kilometers.