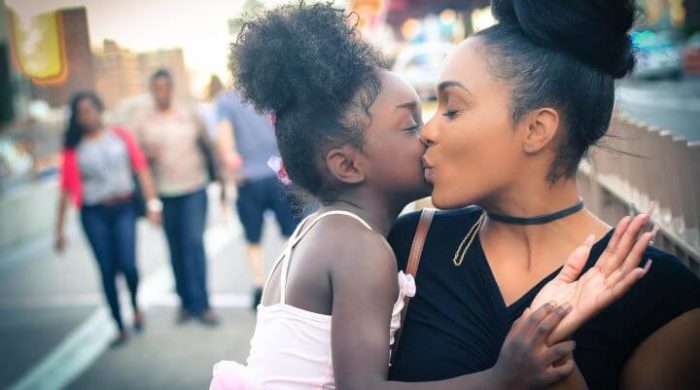 Your child no longer listens and is constantly provoking? Every child goes through a phase of prepuberty before puberty proper. During this time, the parent-child relationship changes. How do parents best accompany their daughters and sons through this phase of identity formation, in which childhood slowly comes to an end? What happens to the body and psyche? Get answers to your questions here.

The first signs of prepuberty also called preadolescence, begin toward the end of elementary school. Around the age of nine for girls and around the age of eleven for boys, hormonal changes lead to sexual maturity and changes in the external and internal sex organs.

Behavior also changes all at once. Your child no longer listens and provokes you instead. He often hangs around listlessly, finds everything annoying, mega boring, or starts fights for no apparent reason. He also often pokes around listlessly in his food. They no longer want to go on family outings. Desperate parents then enter the following in a Google search: “Child doesn’t listen and provokes” or: “My child doesn’t feel like doing anything anymore”. At first, parents can’t understand their child’s changes and seek advice. What is wrong with the child?

In this phase, boys and girls begin to question and challenge their parents’ rules and values. They now also increasingly want to make their own decisions and no longer feel like being treated as a small child. On the other hand, they need their parents to discuss things and as a contact person if they want to know something. Pre-puberty lasts about one to two years.

Their own room now increasingly becomes a retreat where children want to have their peace and quiet and which parents should ideally no longer enter unasked. Disappearing into their own room is a clear sign of the children’s independent development. Nevertheless, at another time, children seek closeness and family security. They still want to be a child then. Parents should now take care to maintain a close relationship with the child.

The change from being a child to being an adult can also be easily seen in the children’s room. Cuddly animals, dolls, and toy cars are peacefully united here with posters of pop stars.

How Do Boys Behave During Prepuberty?

Boys in pre-puberty are usually very energetic, have an irrepressible urge to move, and like to measure their strength with their peers. Scuffles are the order of the day. For many boys, sitting still for hours in class is an unbearable ordeal. In many situations, parents now hear: “I don’t feel like it” or even “I don’t want to”.

What Changes For Girls In Prepuberty?

Pre-pubescent girls also need to move constantly and are physically restless. Pre-pubescent girls have a strong urge to talk, are silly, and love to whisper and giggle. Before the onset of their first menstrual period, girls often have mood swings. They are then alternately moody, gregarious, or pleased with themselves alone. They can chat for hours with their girlfriends. This often involves crushes on a boy or a pop star. As with boys, the phrase “no desire” now dominates in many areas!

Also interesting:
What To Do If Your Child Has A Lisp?

First And Second Phase Of Prepuberty

Before puberty proper, every child goes through two phases:

In this rather quiet phase at the age of about eight to ten, children can usually think and reason logically. Their mental abilities are already well developed. They want to know an incredible amount and are very different from younger children in this respect. Girls are often more developed than boys at this stage. Many children test their limits now but still listen to their parents. Parents should use this time to prepare their children for the adventure of puberty in a relaxed environment. Some children may already be experiencing hormonal changes. In girls, the hormonal change manifests itself in a growth spurt; in boys, the growth spurt usually comes later.

Around the age of eleven, the hormonal change has an increasingly noticeable effect on physical development. This change can take a long time for some children and come rather abruptly for others. Children differ extremely in physical growth and development during this phase. Girls almost reach their final height, and their feet also almost stop growing from this point on. The final shoe size is already reached many. In boys, physical development is much slower.

You can find out here how the physical changes continue during puberty.

Parents need to maintain a lot of contact with their daughters and sons during pre-puberty. Now children still like to communicate with their parents, later they no longer feel like doing so. The long-term development of the relationship depends crucially on a good communication culture with the children. Of course, this doesn’t mean cuddling with the child; saying no clearly is also part of the process. At the same time, however, the child must understand that the no refers only to action and does not mean rejection. You should not simply ignore swear words, but show a clear attitude. If you do not react to these provocations, you would be signaling disinterest to your child.

Ideally, you should not fight about too many things. If you don’t say no all the time and say yes to many less important issues, your child will be more likely to accept no on an important argument.

Child Does Not Listen And Only Provokes

The end of childhood can be quite stressful for parents. Your child doesn’t listen anymore and provokes you all the time. In addition, a “no desire” very often comes over his lips. Cleaning out the dishwasher? Do homework? Tidy up the room? Kids just don’t feel like it anymore.

Also interesting:
Anna, Hannah, Or Rather Elfriede? The Agony Of Choosing A Name

When the end of childhood is clearly insight, you should eliminate bogus justifications from your vocabulary, such as: “This is what we decide now because I am your mother – and I decide”. With such sentences, an argument is pre-programmed. The child is not listening and is now provoking his parents all the more.

See it as a chance not to have to find the responsibility for decisions alone. Many things can be discussed and regulated very well together with the children. In the pre-adolescent phase, children need parents who listen to them and who acknowledge them. It is better for parents not to constantly give advice or make comments. Parents also don’t have to find immediate solutions to every problem that arises.

Many rules that apply to pubescents can also be applied to preadolescence. Let our advice inspire you.

Pre-puberty is not only exhausting and nerve-racking for parents, but also for children. Parents’ complaints can often be summarized as follows: “Our child no longer listens and is provocative”. Due to hormonal changes and the reorganization of their brain, children often suffer from emotional fluctuations and changing perceptions. At the beginning of puberty, some cognitive abilities are not yet properly developed. Parents should give their children sufficient self-esteem and self-confidence during this phase.