Home > Child > Kids news > Problems In Space: ISS Could Not Be Lifted Up 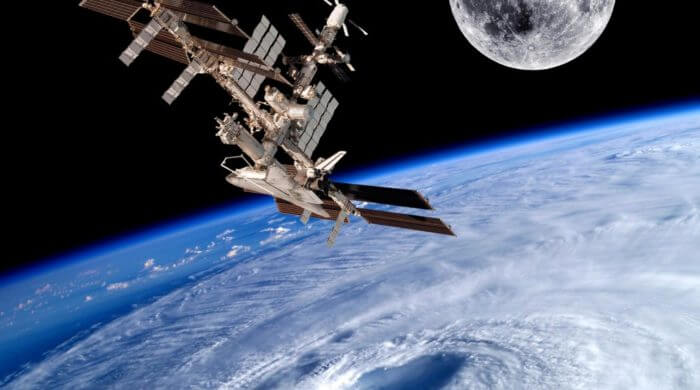 Russian Space travel is actually very reliable. The Russian space agency’s rockets have been supplying the ISS with material for years, and since the end of the pace shuttles, again and again, Astronauts into space. The International Space Station, or ISS for short (stands for “International Space Station”), depends on well-functioning Russian space freighters and their technology. However, recently there have been increasing problems with the technology of the Russian rockets.

The ISS Threatened To Burn Up In The Atmosphere

Last weekend, the ISS was supposed to be raised by 2.8 kilometers. This is because the space station cannot maintain its altitude under its own power, but keeps sinking and threatens to crash to Earth. The ISS moves in orbit around the Earth at an altitude of 350-400 kilometers above the Earth. It loses about 50-100 meters of altitude per day. Every now and then it has to be lifted again by a few kilometers, like last weekend. But the engine of the Russian space freighter “Progress M-26” refused to work.

In recent weeks, there have been several incidents in Russian spaceflight. A space freighter, also of the “Progress” type, was no longer controllable after it flew into space and burned up in the atmosphere, and a Mexican satellite that was to be launched into space by a Russian rocket crashed over Siberia. So now the third problem case in which the ISS could not be lifted.

All-Clear On Monday: ISS Can Be Lifted After All

But Russian space travel is also known for its clever scientists. And they have come up with something to restart the Russian space freighter “Progress M-26” and lift the ISS after all. After the lift, the ISS is now moving at an altitude of 405 kilometers above the Earth. Due to the delayed lifting, the 3 astronauts in the ISS have to stay longer in space. Actually, they were supposed to fly back to Earth last week, but now they will not have solid ground under their feet again until June.

Space travel is used in connection with everything that can fly into space, i.e. rockets with and without crew, space freighters, and satellites.

Astronauts are people who fly into space. The term astronaut is an American one, with the Russians these people are called cosmonauts, with the Chinese taikonauts. The first man in space was the Russian Yuri Gagarin, the first man on the moon was the American Neil Armstrong. Germany has also had astronauts who have flown into space, including to the ISS.