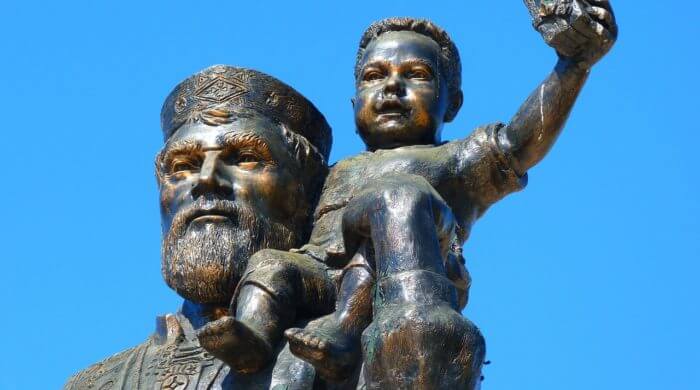 Children do you know where St. Nicholas comes from? A few days ago, last Sunday, it was time again and it was St. Nicholas Day.

Who Is St. Nicholas?

Maybe you got some sweets or toys for this day. And maybe your parents said that Santa Claus brought them. But who is he anyway? Does he really have such a long and white beard? Many of you will now say that Santa Claus does not exist. But that’s not quite true…..

Santa Claus With A Big Heart For Children

St. Nicholas really did exist, and every year on December 6, St. Nicholas Day is celebrated in his honor. He lived about 1,700 years ago, but not at the North Pole together with Santa Claus, as many think. St. Nicholas (see picture) lived in the city of Myra. This is a city in Turkey on the coast of the Mediterranean Sea. Even today, many people in many countries in this world venerate him because this Saint Nicholas was a very kind and good man. He had a very big heart, especially for children, but also for poor people.

There is a very famous story about Saint Nicholas from Myra. It is about a very poor man who did not know what to do because he had hardly anything to eat. Therefore, this poor man thought of selling his three daughters, so that they might have a better life. But St. Nicholas heard about it and at night he went to the poor man’s hut and placed three golden balls on his window sill. This gold saved the man and his daughters and they could live a happy life together.

Myra is an ancient city in Lycia. The place is now called Demre and is located in the province of Antalya in Turkey. Myra is known as a place of pilgrimage because of Nicholas of Myra who came from there. About 20,000 people live in the city today.