Home » Baby » Baby health » Why Is Vitamin D So Important For Your Baby? 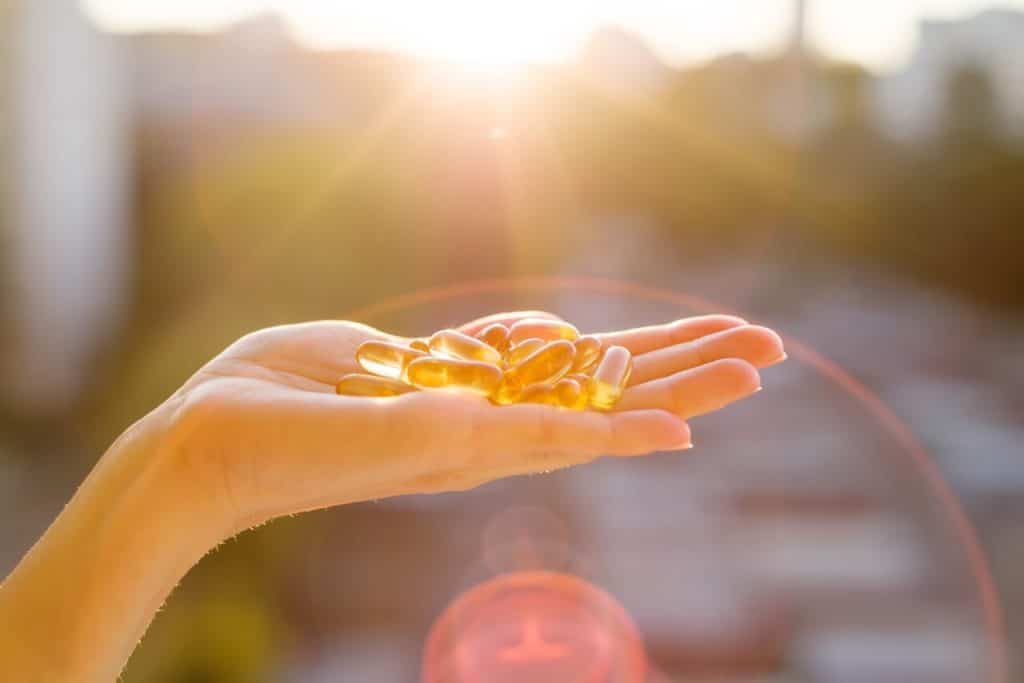 Many pediatricians today recommend giving vitamin D to the baby, at least in the first months of life. Vitamin D plays a decisive role in strengthening the bones and is thus the basis for the healthy development of the skeleton in newborns, babies and toddlers.

Unlike many other vitamins, however, the so-called sunshine vitamin D cannot be taken in its entirety through food – even the otherwise much-praised breast milk cannot provide this.

But why is vitamin D so important and what consequences can a deficiency have? Read tips and information about the sun vitamin and its supplementation now.

How Much Vitamin D Does Your Baby Need?

Because vitamin D determines calcium and phosphate metabolism and thus also exerts a great influence on the hardening of bones in growing children, supplementation of vitamin D is usually recommended during the first preventive check-ups. This means that this vitamin should be supplied in a certain dosage.

For infants, the recommendation is 400 to 500 International Units (I.U.) for a daily dose, according to the Federal Ministry of Nutrition’s Healthy into Life initiative, which corresponds to about 10-12.5 µg of vitamin D for the baby.

Infants belong to the group of people who are particularly at risk of vitamin D deficiency because they can hardly produce any substances in the body themselves – even if the appropriate incentives are provided externally.

Regardless of whether infants are fed breast milk or bottled milk and how often they are exposed to the sun, experts therefore believe that vitamin D should be supplemented.

How Does A Vitamin D Deficiency Manifest Itself?

In the worst case, a vitamin D deficiency in children manifests itself as rickets. Due to the disturbed calcium and phosphate metabolism caused by an insufficient supply of the sunshine vitamin D, the child’s bones are not mineralized sufficiently – the skeleton becomes permanently deformed.

Other diseases and developmental disorders in adolescence are now also associated with having lacked vitamin D as a baby. These include adolescent obesity as well as slower growth.

Compared to adults, in whom vitamin D deficiency symptoms tend to manifest themselves in constant fatigue and susceptibility to infection, the effects in vitamin D deficiency on infant health are much more severe and, above all, sometimes irreparable. Giving vitamin D to the baby is therefore particularly important.

How Is The Sunshine Vitamin D Formed?

Vitamin D, which is so important, is formed in two ways: On the one hand, through sun exposure on the skin (UV-B), and on the other hand, through the intake of certain foods in large quantities.

Unfortunately, breast milk and pre-milk are not among them – only very fatty sea fish such as mackerel and herring contain this vitamin in appreciable quantities. The much larger share (80-90 percent) of the body’s own formation of the vitamin comes from spending time outdoors and gathering hours of sunlight.

However, because babies in particular should not spend regular, unprotected time outdoors, they are among the group of people who are potentially more likely to be affected by vitamin D deficiency.

How Can Vitamin D Deficiency Be Counteracted?

To prevent vitamin D deficiency symptoms from appearing in babies in the first place, vitamin D should be given in addition. Pediatricians in Germany usually always make this recommendation to support the strong growth of the child’s skeleton.

Also interesting:
Hiccups in Babies: How To Help Against The "Hiccups"

Supplementation of the sun vitamin for the baby takes place orally, i.e. by mouth as regular administration of tablets or drops. The recommended dose for newborns is the already mentioned 400 to 500 I.U. from the first week of life until the first birthday.

For premature babies, the vitamin D requirement may be even higher – here, 800 to 1,000 I.U. of vitamin D per day is recommended. The time of year your baby is born can also help determine how much vitamin D to give the baby.

Winter children should take the vitamin a little longer than summer children. Usually, it is recommended to give vitamin D for the baby until his second experienced summer.

How Is Vitamin D For The Baby Administered?

When you read amounts of up to 1,000 I.U., this size may be disconcerting at first. In reality, however, you won’t need to give your child a large drug every day. Vitamin D is available as drops and vitamin D tablets for babies at the pharmacy

The pediatrician will give you the appropriate preparation as a prescription. While giving tablets to an infant does not seem realistic, it is the safer form of administration

However, the professional association of pediatricians and adolescents advises against vitamin D administration as drops. Possible dosage errors are too frequent when one drop slips out of the pipette instead of two.

Vomiting and diarrhea up to kidney failure can be the dramatic consequences if babies permanently overdose with the vitamin. It must be said that the recommended dose of vitamin D for the baby must be greatly exceeded over a long period of time before such extreme consequences occur.

Those who want to give vitamin D to the baby as drops or oil can give them either on a small spoon with breast milk or infant formula. Breastfeeding children can take the daily drop of vitamin D for the baby directly on the nipple if you simply drip the prescribed amount there. The sun vitamin can also be given in liquid form on the pacifier.

The administration of vitamin D tablets, on the other hand, carries fewer risks. One tablet already contains the required amount per day to prevent vitamin D deficiency symptoms. But how does the tablet get into the baby’s mouth?

It’s easier than it sounds! The tablet (which is very small, by the way) is carefully crushed between two spoons and then dissolved in a spoon with either some breast milk or infant formula.

This small sip can be given to the baby on the spoon. Babies can then drink right away from the breast or bottle. For bottle-fed babies, the tablet can also be dissolved in the bottle.

However, this only makes sense if the entire amount of milk is drunk. Otherwise, there is a risk that too little vitamin D will be given to the baby again and again.

Which Vitamin D Should Be Taken?

To prevent rickets, vitamin D3 is the drug of choice. Recent research findings have shown that combining vitamin D3 with vitamin K2 is recommended.

This is because, without vitamin K, the calcium absorbed through vitamin D3 cannot be properly utilized in the bones. Therefore, it does not reach the place where it is needed for the growth of the child. The pediatrician will advise you on possible combination preparations of vitamin D3 and vitamin K2 and will also issue the corresponding prescription.

Should Vitamin D Also Be Given To Infants?

We now know that vitamin D is important for babies and their skeletal growth. But what about toddlers, for whom the administration of vitamin D3 is no longer specifically recommended? These are also growing, aren’t they?

In fact, it is not easy to understand why there are so many recommendations for vitamin D for babies, while the administration of the vitamin for young children no longer seems so relevant.

However, from a medical point of view, the latter no longer belong to the risk group of those people who can hardly produce sun vitamins themselves in the body. Children who are out of crawling age move much more frequently and more freely in the fresh air.

That’s why they get more sunlight, which is essential for the body’s own production of vitamin D. Doctors recommend going out in the sun three to four times a week from May to September, with up to 15 minutes each time being enough.

The child’s face, arms or legs, and hands should be exposed to sunlight so that the skin can begin synthesizing the sunshine vitamin. However, this recommendation explicitly does not apply to infants, whose sensitive skin should always be protected from direct sunlight.

For children who already eat at the family table, you can also regularly offer fatty fish to enrich the vitamin D in the body. Salmon once a week on the menu would be a good addition. In not quite as high doses as in fish, the sun vitamin is also contained in mushrooms, eggs, butter, and milk.

Anyone who is concerned about a possible vitamin D deficiency in their child, for example because they appear tired and listless or are always prone to infections, should discuss their concerns with their pediatrician. He or she will decide whether the vitamin level in the child’s blood should be determined and check whether there is a possible deficiency.

1 thought on “Why Is Vitamin D So Important For Your Baby?”