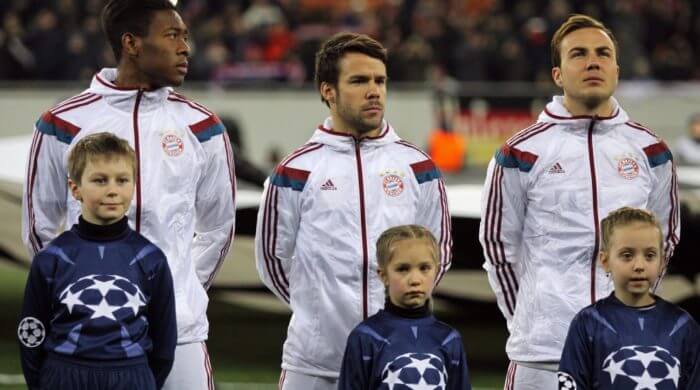 The 8th matchday of the Bundesliga was on the weekend and on Sunday evening there was the clash that all soccer fans have been waiting for: Bayern against Dortmund. It became a bitter lesson in combination soccer and dominance for the Dortmund team. In the end, BVB conceded a total of 5 goals.

Matchday 8 In The Bundesliga

The 8th matchday in the soccer Bundesliga started already on Friday evening with the game Darmstadt against Mainz. It developed into a very entertaining game that either of the two teams could have won. In the end, however, the score was 2-3, and Mainz was lucky that Darmstadt missed a penalty kick in the 94th minute. On Saturday, as usual, the bulk of the Bundesliga matchday was on the line with the following results: Gladbach-Wolfsburg 2-0, Hannover-Bremen 1-0, Hertha BSC-HSV 3-0, Hoffenheim-Stuttgart 2-2 and Ingolstadt-Frankfurt 2-0. Sunday, in addition to the top match Bayern-Dortmund, there was also Cologne’s 3-0 at Schalke and a 1-1 between Leverkusen and Augsburg.

Summit Ends With A Clear Victory For Bayern

Only after 20 minutes Bayern could slowly impose their game on BVB and took the lead in the 26th minute through a goal by Thomas Müller. Just 8 minutes later, Müller is fouled in the penalty area and there is Penalty. Müller himself steps up and shoots into the right corner: 2-0 in the 35th minute. But the Bavarians are then inattentive and get posts ended the receipt as Aubameyang after a cross from Castro in the 36th minute scored the 2-1. After that, Dortmund presses again and so it goes somewhat happily with 2-1 for the Bavarians into the break. Dortmund seems to have left the courage in the cabin, because already in the 46th minute it is 3-1 for Bayern after a long shot from Boateng to Lewandowski, who runs away from everyone and scores the goal. From then on, the Bavarians do not let themselves be taken and also score through Lewandowski the 4-1 in the 58th minute. The final point is Mario Götze in the 66th minute with the 5-1 for the Bavarians, who are now already 7 points ahead of the 2nd place, which is still held by Dortmund.

Also interesting:
A New Sibling Is On The Way

The highest German soccer league is called Bundesliga and has been played since 1963. The record champion is FC Bayern Munich with 24 championship titles.

A Penalty is awarded when a player is fouled in the opponent’s penalty area. In this case, a single-player shoots the stationary ball at the goal from the penalty spot 11 meters away. Only the goalkeeper is allowed to deflect this shot.