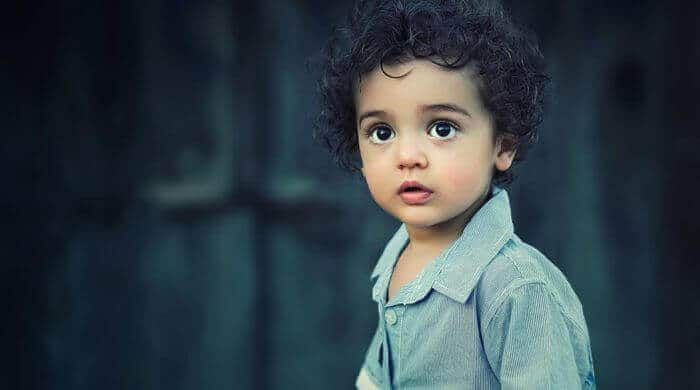 Almost all children spend some time in front of the television or computer every day. The wide range of series, movies and games ensures that you never get bored. It is especially fun to play games or watch a movie together with friends.

For children, there are a few things to keep in mind. Because even during the day, not only programs are broadcast that are suitable for children. Many programs and computer games are scary or seem strange to children. Today we’ll explain why that is.

Violence On TV – How Dangerous Is It?

Compared to older movies and series, what you can watch in the cinema or on TV today is much more violent. Especially the American Hollywood movies show a lot of violent scenes today.

It is better not to watch such things. If you absolutely want to see such a film, then do so only in the presence of your parents.

Because: there are films that are suitable for children and those that are really only meant for adults. This is because adults react quite differently to such films than children do. They can process what they see better. It’s quite normal that you get excited about cowboy or action films and can really get into them. Up to a certain point, that’s okay. But as soon as you start to feel anxious, have trouble falling asleep, or get very excited, you should stop watching these movies.

Of course, everyone is aggressive sometimes. This is part of life, just like eating and drinking. However, it depends on how you act out this aggressiveness. You, too, have probably realized that you have both “good” and “bad” sides to you. It is no different with adults. They try to get rid of their anger and pent-up aggression with sports, for example. Hobbies like painting or playing an instrument can also help.
That being said, the same still applies: Reading books is more exciting than always watching movies anyway. When you read something, it’s also easier to talk to your parents about scenes you don’t understand. With a movie, it’s not always possible to press pause.

The adventures in your head that happen when you read look the way you want them to without scaring you. Plus, you can set the pace yourself. This, in turn, makes it easier to understand the content well.

It’s best to try to find a good balance. Watching a movie once in a while is not a bad thing. But don’t forget that reading, romping, and sports can be fun, too.

What Exactly Is Violence?

When a person tries to impose his will on another person, it is called violence. When people talk about violence, they usually mean physical violence. It is usually very obvious. Kicking or hitting, for example, is physical violence. Most of the time, it causes damage. Either the body of a person is damaged, or an object. But not only bodily harm counts as physical violence. If you lock a person up (“deprivation of liberty”), then you are also physically violent.

Mental violence, by the way, is no less serious. It manifests itself in deprivation of love or spreading rumors about a person that are not true at all.

If you surf the Internet regularly, you may have come across one or two strange trends. Teenagers come up with reckless ideas all the time. They do dares, film each other doing them, and then post the video on the Internet. Not infrequently, they are imitated because other young people also find this test of courage “cool”. Many of these tests of courage involve violence. Some of them are extremely dangerous or harm other people.

We don’t want to list all the trends here. Instead, you should take this section as a warning and education about such things.

Do you know the brutal joke “Happy Slapping”? Translated into German, it means “happy slapping”. More and more young people are having fun randomly hitting strangers and videotaping the whole thing with their cell phones. This is how they get attention from others who watch these videos on the Internet. Not infrequently, they are celebrated as heroes. Today, this trend goes so far that young people try to outdo each other with their brawls.

If someone invites you to do “happy slapping,” you’d better refrain. Because: beating up elderly people or other helpless street passers-by is really nothing to be proud of. Apart from that, it can have severe consequences for the perpetrators themselves. Even teenagers and young adults can get a criminal record for aggravated assault. Furthermore, filming these people violates their personal rights. Happy slappers sometimes have a difficult start in life when they face the consequences of their “jokes”.

So you see: Happy slapping is not allowed. And that’s a good thing.

Happy slapping is not the only dangerous youth trend circulating on the internet. Whenever you come across videos of reckless acts of courage, you should stay away from them. To prove your courage, you don’t have to participate in silly things like this. Rather, show your strength by training regularly for your favorite sport or by exercising your talents. If someone is pressuring you to take a dare, please talk to an outsider about it. Of course, you can also make an anonymous report to the police by calling your local police station. You do not have to give your name.

Do Computer Games Make You Aggressive?

Basically, children should not play violent games such as first-person shooters. In most cases, these are only approved for use by children over the age of 18.

These killer games show a lot of blood and violence against people or animals. Children cannot yet process such images well. It can happen that you get nightmares from it or are afraid at night.

Whether you become more aggressive if you frequently play killer games is not yet known for sure in science. At the moment, however, there is some evidence that such computer games lead to aggressive behavior. The more you play, the more likely you are to hit other people or otherwise treat them violently.

That’s why you should only pick up games that are appropriate for your age. As soon as a computer or console game scares you or triggers unpleasant feelings in you, you should definitely not play it alone. You may be allowed to play with an older sibling or find another, more fun computer game.

Can You Really Get Addicted To Computer Games?

As long as you don’t overdo it, you don’t have to worry about it. However, if you don’t feel like playing outside when the weather is nice, you should cut back a little on the games and TV.

Because you can actually become addicted to computer games (and television). In fact, it can happen quite quickly. If you feel like you can’t live without your PC or TV anymore, our article on computer game addiction is just right for you. There you will find tips and hints about where you can find help.

2) What did you remember about the topic “Violence on TV”? Write and record here everything that comes to your mind.

3) Think about the last part of the text. Can you really get addicted to computer games? Write your answer here.

1 thought on “Dangers To Children From Violence In The Media”