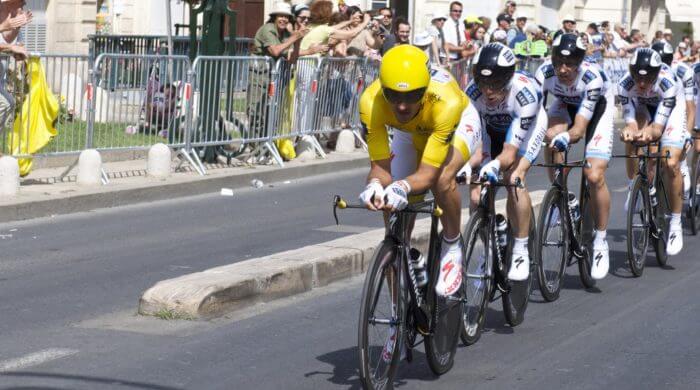 Christopher Froome has won on Sunday after the last stage of the Tour de France won. In the exhibition race on the Champs Elisée, his overall victory was only a matter of form. Decisive was the penultimate Stage on Saturday with the legendary climb to Alp d`huez, where Froome was well supported by his team Sky and was able to defend his lead. A somewhat bitter aftertaste remains again in this Tour de France because no one can say whether some riders-or even the Tour winner Froome-were not once again doped. After all: German André Greipel won the last, prestigious stage in the sprint.

Doping Hovers Over The Tour

The unauthorized use of unapproved drugs that enhance performance and make riders faster or less fatigued is called doping. As an athlete, you are not allowed to dope. This is true in all sports, including soccer, for example. But in no other sport have so many doped athletes been caught as in cycling. The Tour de France, in particular, is the tragic highlight, because the overall winners of the Tour were often doped so that they had to be stripped of their title after the fact.

Also interesting:
What Is Test Anxiety?

Radiant Winners In Yellow, Green And Red And White

A Stage is a stage that has to be ridden. There are quite short stages that last just under an hour and there are long stages where riders sit on the bike for almost the whole day.

The Tour de France is one of the oldest cycling races in the world and goes across France and also to other countries.