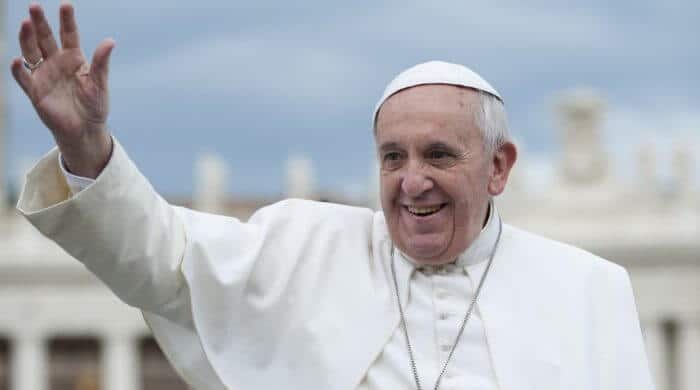 The Pope has left for his first trip to South America. The first stop on his journey was the country of Ecuador, where he was enthusiastically welcomed by many people in the capital city of Quito. South America is not a foreign country for Pope Francis Continent for he was born in Argentina.

The Pope Demands Respect And Esteem For The Poor People

In his first speech, Pope Francis demanded more respect and esteem for the poor people in South America. There are many countries where people are very poor and receive no help or very little help from rich people and politicians. The pope has called not to keep these people away from the other people, but to integrate them into the community.

The First Highlight Awaits The Pope

The trip to South America is Pope Francis’ ninth trip abroad. In the city of Guayaquil, he will hold a large Mass. Up to two million people are expected to attend this outdoor service. Francis will stay in South America for a total of eight days. From Ecuador, he will continue to the countries of Bolivia and then Paraguay. In Bolivia, the pope also plans to visit a prison where some 5,000 people are incarcerated, and he will hold a service there as well. In Paraguay, there will then be two more large church services and a meeting with many young people is also on Pope Francis’ agenda. However, the Pope will not travel to his native Argentina. This he wants to visit only next year. However, it is expected that many people from Argentina will come to the services in Paraguay because these two countries are neighbors and you only have to cross the border.

Also interesting:
Many Shooting Stars In The Next Days

The Pope is the spiritual leader of the Roman Catholic Church. The Pope is also called the Bishop of Rome and is considered the representative of God on earth. The Pope is also the highest and most important man of the Vatican City State (a separate small state in the middle of the city of Rome) and has legislative, executive, and judicial power.

A Continent is an enclosed landmass and is often called a continent. In our world, there are the continents of Asia, Africa, North America, South America, Antarctica, Europe, and Australia. Asia is the largest continent and Australia is the smallest.

Guayaquil, with full name Santiago de Guayaquil, is the capital of the Ecuadorian province Guayas and both the largest city and most important part of Ecuador. About 2.3 million people live in the city, much more than in the capital, Quito.