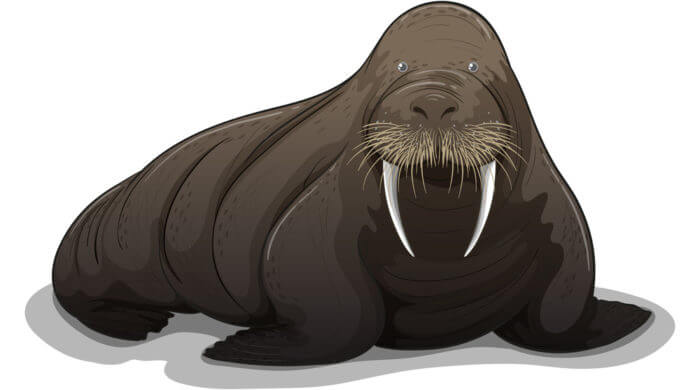 Climate change does not stop. Now we can see that more and more Walruses are moving further north. There they still find the thick ice that these animals need to survive. But the people, who need the walruses for their lives, now have to suffer from this development.

The People In Alaska Are The Most Affected

Most affected are the people in Alaska. Here live the Inuit indigenous people of this country. They notice it particularly badly that the walruses move ever further to the north. For the animals, there is only there the thick ice, on which a walrus can rest. And it is precise with the ice that the animals are now drifting further and further north. But for the Inuit, this is very bad because the walruses are a very important source of food for these people. Only if there are enough of these animals, then the people there also have enough to eat and do not have to starve.

Everything From The Animals Is Utilized

It may sound bad when the Inuit kill the walruses, but they don’t need the animals just for food. They only kill as many animals as they absolutely need and utilize everything that a walrus provides. The tusks of the animal are sold, because there is hardly any work in the area, clothes are made from the fur and even the bones are processed, for example into simple tools. Life there is very hard and many things that you might take for granted are either not available or very expensive. A liter of milk there costs about 14 euros and no one can afford that. And the people there don’t get much help from politicians and the state. They have been living off hunting for many generations, but now there are fewer and fewer walruses and so hunting and surviving there in Alaska is becoming more and more difficult for the Inuit.

Walruses are a type of seal and these animals live mainly in the cold waters in the northern hemisphere. The walrus is a predator and the males can grow up to 3.5 meters long.

Inuit is the name given to a tribe of people who live in the Arctic part of central and northeastern Canada and Greenland. As a generic term for the Inuit, one also says Eskimo.