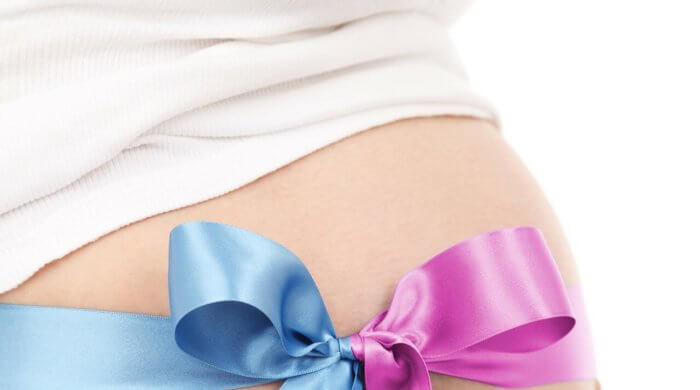 Egg donation is often the last solution for couples with an unfulfilled desire to become pregnant. However, egg donation is prohibited in Germany.

What Is Egg Donation?

Egg donation is a reproductive medicine procedure. If a woman’s ovaries can no longer produce eggs due to a disease, for example, she is dependent on egg donation if she wants to have a child. Deformities or being too old can also be a reason for not having eggs. The eggs are taken from the donors and artificially fertilized with the man’s sperm.
Usually, the donor is treated with hormones before the eggs are retrieved. Due to the hormone treatment, several follicles mature at the same time and can be retrieved from the donor. To increase the chance of success, several follicles are then fertilized in the laboratory.

Also interesting:
Desire To Have Children - Finally Get Pregnant!

Open egg donation: At the time of egg donation, the donor is anonymous. However, consent is given for the resulting child to learn the identity of the donor after her 18th birthday in order to find out more information about her. Before this information is released, the donors are informed.

For all these types of donations, the same tests are performed and the same conditions apply. A medical consultation is also required before any donation of these donor forms.

What Happens After Artificial Insemination

The donated and artificially inseminated egg is implanted into the uterus of the donor mother. If it is an egg donation, the child will be genetically related only to the father.
If more fertilized eggs have been created than can be implanted in the expectant mother, the remaining fertilized eggs will be frozen in liquid. If another attempt is needed, these frozen eggs are then used.

Is Egg Donation Allowed In Germany?

According to the Embryo Protection Act, only a woman’s own artificially fertilized eggs may be reimplanted. Therefore, it is not allowed to receive the eggs from an egg donor. However, in the case of treatment, only the doctor would be liable to prosecution and not the patient. Egg donation is also prohibited in Italy, Lithuania, Norway, Turkey and Switzerland.

In Which Countries Are Such Egg Donations Allowed?

Egg donation is allowed in France, the United Kingdom, Sweden, Spain, Belgium, the Netherlands, the Czech Republic, Poland, Slovakia, and Ukraine.
Since April 2015, with the renewal of the Reproduction Act, egg donation became legal in Austria.
Especially in Eastern Europe, many fertility clinics have been established in the past decades, where also many women from Germany fulfill their unfulfilled desire to have a child with an egg donation. This is why people often talk about fertilization tourism.

Who Is The Mother In E4gg Donation?

A child created through egg donation always has two mothers. The child is genetically related to the donor. The egg recipient carries it and will raise it. Whether the child will know how it was created and that it is not blood-related to its social mother is decided by the parents.
However, the child or other outsiders may come to know that it is not genetically related to the mother, as it will have external differences. Perhaps, therefore, the better way is to deal honestly with the child from the very beginning and tell him how he has come into being.
Whatever you decide as a family, you will always know that one or another trait or visual abnormality of the child does not run in the family.

Is Egg Donation Paid For?

Each country has a different regulation in this regard. In the Netherlands, Great Britain, France, and Sweden donors do not receive any money for their donations. In Spain and the Czech Republic, donors receive an allowance of 600-900€ per puncture. In the USA, donors receive between 5000 and 8000 dollars. Without compensation, the motivation to undergo general anesthesia is very low.
However, money is often not the only reason for donating. Often donors state that they want to help a childless couple with the donation because they know of similar cases in their circle of friends or family.
What does artificial insemination through egg donation cost?
In Eastern European countries, the costs range from about 4000€-8,500€. In Spain you should expect 7.500€-9.000€. In addition, there are travel costs.

Also interesting:
Everything About Artificial Insemination: Methods, Chances, And Risks

In most countries the donor will remain unknown. Mandatory anonymity is the donation in Spain. In Austria, however, the child is entitled to know the name of the donor at the age of 14. The same applies to the Netherlands, Sweden and Great Britain.
Very often, however, the donors come from the future mother’s circle of friends or family. In such cases, a contact between the genetic mother and the child is planned from the very beginning.

How Long Does Such A Procedure Take?

The preparation for egg donation takes about 14 days. At the beginning of the preparation the cycle of the donor and the recipient is synchronized.

Treatment of the donor

The donor is injected with follicle stimulating hormone once a day at the beginning of the cycle. This treatment lasts about 9-12 days. The follicle growth is then checked by ultrasound. Another medication is used to prevent premature ovulation. When the eggs have reached a sufficient size, the hormone HCG is injected to trigger final maturation and ovulation. About 36 hours later, the eggs are retrieved under general anesthesia. The donated egg is then fertilized with the man’s sperm through IVF or ICSI.

Treatment of the recipient

The recipient of the donated egg takes an estrogen preparation to prepare the uterine lining for implantation. Ultrasound is used to check the growth of the endometrium. About three to five days after artificial fertilization of the donor cells in the laboratory, two of the resulting embryos are often implanted into the recipient’s uterus. Remaining embryos are frozen with liquid nitrogen and stored for further experiments or childless couples. Two weeks after the transfer, the recipient can take a pregnancy test.

How is a donor selected?

Potential donors are often sought through an agency, as open egg donation is only available in a few countries. The couple wishing to have a child can select certain characteristics that they believe are important for the child. The donor also needs the necessary medical conditions, such as blood type, similar cycle, etc. ….

Am I Pregnant? This Is How You Get Clarity 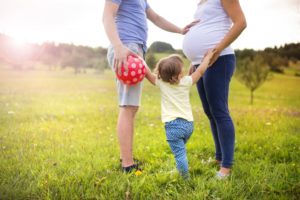 A New Sibling Is On The Way