Home > Child > Kids news > Where Do The Babies Come From? 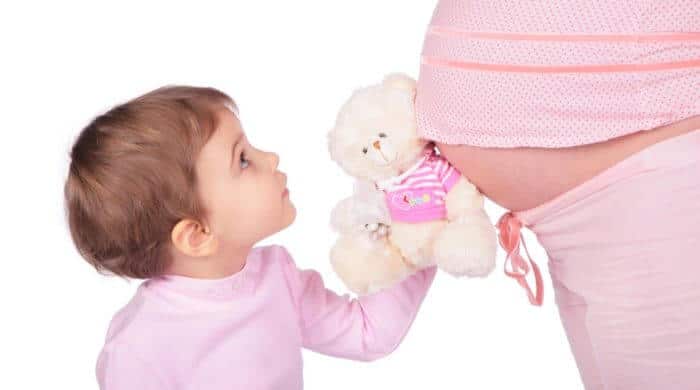 Every day, many little people come into the world. And in every country in the world, there are babies, toddlers and teenagers. You’re part of it, too – no matter where you live.

So far, so good. But have you ever wondered where all those babies actually come from? Why or how do they come into being and what brings them to us? Is it really the case that the little ones are brought by the stork, who puts them in front of the parents’ door?

Some kids already know where the babies come from. Others don’t know, but pretend they do. There is no reason to be ashamed if you don’t know about it yet. To give those kids who don’t know yet a glimpse, today we’re telling you more about the miracle of humans.

How New Life Is Created

Life on earth is so colorful and diverse that you can hardly imagine it. It comes in the form of plants, animals and humans. As incredible as life itself is, its beginning is so small.

Reproduction In The Plant Kingdom

From a seed that falls into the earth, a flower grows. At first it is very tiny, because it consists of only a few roots and two leaves. The sun gives it enough strength to eventually bear a magnificent flower. In order for it to produce offspring, so to speak, the flower must be pollinated.

Bees, other insects and the wind carry the pollen from one flower to the next. This enables the formation of new seeds that fall from the faded flower in the fall.

Reproduction In The Animal Kingdom

In animals, the emergence of new life looks quite similar. However, no insect or breeze carries the germ cells from the male to the female. Instead, the male “mates” with the female. In the process, both feel wonderfully comfortable, which is why most animal species love to do it. However, there are specific mating times when the spectacle happens. This is mostly the case in spring and autumn. This is when the female is ready to produce offspring.

Reproduction in humans is also a female-male affair. As you must have noticed, males and females are not quite the same. They behave differently and have different bodies. Many things are similar, but some things are quite different between girls and guys.

To be more precise, guys have a penis (also called a “member”, “snizz” or similar) and girls have a vagina (also: “vagina”, “mumu” or similar.). This is probably the biggest physical difference between the sexes. The sex describes whether someone is male or female. It is also rare for babies to have both male and female genitals. This is also natural and, by the way, happens in the animal kingdom from time to time.

When a man and a woman like each other or even love each other, they have sex with each other. This is what we humans call procreation. From the outside, this thing is probably difficult for kids to understand. But that is also a good thing. Because it only becomes exciting after a certain age. Before you reach puberty, it’s enough to know roughly how it works.

In different positions, sometimes faster and sometimes slower, the man inserts his member into the vagina. This feels very good for adults. That’s why they often do it without wanting to have children. They just do it because they are especially close to each other and feel good.

Normally, at the end of this act, the male sperm (these are the sperm cells in humans) enters the woman’s uterus. There, with a little luck, an egg is waiting to be fertilized.

There are many beautiful euphemisms for sex, such as:

Of course, there are also less appropriate descriptions for it, which are actually swear words. But because it is actually a very beautiful thing, these words are quite unnecessary.

Now, when an egg fuses with a sperm (which is what a single sperm cell is called) in the female uterus, a baby begins to grow in the woman’s womb. It takes quite a long time for the baby to develop all its organs and become viable outside the mother’s womb. Ideally, the baby is born after nine months. It leaves its mother’s body through the vagina, which by then has opened so wide that even a large baby’s head can fit through.

By the way, it is also possible for two men or two women to have sex with each other. However, it is not possible to conceive a child naturally. But they also like each other and express their love in this way.

Also interesting:
The Most Common Contraceptive Mistakes And How You Can Prevent Them

Myths About Sex And Offspring

Many parents have problems explaining to their children where babies actually come from. But you can’t hold that against them. Because for kids, as I said, this thing is not very easy to understand, because they themselves have no experience with it.

That’s why there are many myths surrounding this topic. One Myth is a story that is often told but is not actually true. It’s not uncommon for kids to spin something about where babies come from. Sometimes they’ve picked up something, misunderstood it, and then made up a story of their own. On the other hand, it can also happen that the parents tell them that the children are born in a different way than is actually the case.

In order to be well informed, you should know what is true and what is not. That’s why we have compiled a list of the most common myths about sex and having children.

By the way, it’s great if you want to be well informed about this topic. However, you should not force your opinion on other children. It may be that someone has been told something different by his or her parents than you have. If he or she doesn’t want to believe you, let it go rather than confusing the person and getting involved in a discussion. Sooner or later the truth will come out anyway. If you want, you can ask your teacher to go over the issue in class.

Also interesting:
Pupil Puts Himself At The Wheel Of The School Bus

The Stork Brings The Children

Of course, it is only a fairy tale that the stork brings the children. Nowadays, this story is not told so often, because nowadays parents are more open with their children. Not so long ago, however, many people believed that the rattling stork would bring the children to the parents’ houses. This is a nice idea, but it has nothing to do with reality.

Getting Pregnant From Kissing

Especially smaller kids, who don’t know yet where babies come from, fall for this myth. They think that you can get a baby from kissing. This is also not true and is a fairy tale.

The Sex Of The Baby Can Be Influenced

There are various home remedies and foods that supposedly can be used to influence the sex of the baby if they are applied in time. However, whether a baby becomes a girl or a boy is actually left to chance and cannot be influenced naturally at conception.

Even if some parents would like to have an influence on the sex of their child, they have to be content with the fact that it will most probably become either a boy or a girl.

2) Do you know any other stories and fairy tales about babies, reproduction and pregnancy? Write them down here.

3) What other terms are there for sex? What else can you call procreation in humans? Please do NOT write down swear words here.